A Bit of History of the Lachine Canal

News / A Bit of History of the Lachine Canal

It was in 1669 that Lachine was founded by Cavalier de LaSalle. Lachine really flourished with the opening of the Canal in 1824, and with the arrival of the railway in 1847. By this time, Lachine had become Canada’s main industrial center.

The idea around the Lachine Canal was born in the 17th century in order to bypass the treacherous Lachine Rapids. The project began to take shape when Montreal merchants noticed that Americans were digging a canal connecting the Great Lakes to the Hudson River in the early 19th century. The Lachine Canal was to carry out its first economic mission.

Construction of the canal began in July 1821 and was completed four years later. They were made mostly by the Irish.

The canal was inaugurated on August 24, 1824, but it did not become navigable until 1825. After its inauguration, the canal was successively widened and its locks redeveloped several times. Between 1871 and 1970, the Lachine Canal was the first link in the network of canals that allowed navigation between Quebec and Lake Erie until the opening of the seaway.

With the Action 77 program in 1977, the canal’s vocation took a completely different direction. A very popular bike path was built. Between 2000 and 2002, the canal was restored along its entire length by Park Canada and opened to recreational boating.

Because of its landscape potential, its historical heritage, its cultural impact and its quality as an active transport route – especially through the creation of a multifunctional runway – the Lachine Canal is a major asset and attractive in the development of Lachine East, both for its current and new residents. 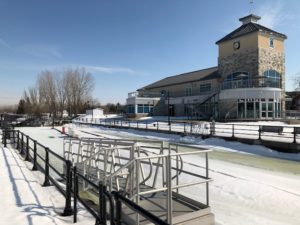 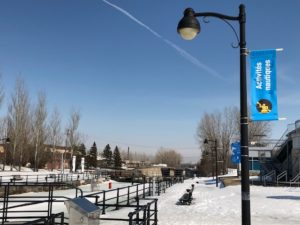